What do you think of reverse shoplifting?

As someone who is not from a marketing background but is determined to make a success of being an author, I spend a considerable amount of my time researching innovative marketing strategies.

It was on one such occasion that I came upon a most brilliant strategy. Well, maybe not too brilliant. You might even go as far as calling it foolish!

It involves shoplifting  . . . Segilola what did you just write?

Regular shoplifting is when you go into a store (and for our purposes I’ll say a bookstore), take a book and walk out without paying for it. That is obviously very wrong and illegal to do.

However, is it illegal if you do the opposite? i.e walk into a store, put a brand new book (fresh from the printers) into a bookshelf and walk out? REVERSE SHOPLIFTING!

In a huffington post article I read, that is exactly what newbie author at the time Brendan Leonard did.

He felt that as a relative nobody (beyond a blog that gets a million-plus page views per year), with a not-so-unique storyline (young writer goes on road trip to find new American Dream), and, of course, no one reputable (or even disreputable) had published his book, the chances of his book getting into bookstores was zero.

Then he had a genius strategy:

” “I’m just going to shove copies of the book onto the shelves at Barnes & Noble,” I told a friend. Maybe I could mail five or so copies to friends who wanted to help/engage in a little mischief, and they could plant the books in their city’s bookstores. “

”  Friends of Russell Simmons had spent their life savings making a single called “Christmas Rappin’” with a then-unknown MC named Kurtis Blow, and they asked Simmons for help creating buzz for the record. Simmons ran around New York handing it out to club DJs, begging them to play the song. As the buzz began to build, they started pressing new versions of the record with a (fake) order number from Polygram Records. As DJs played the song more and more, they hype grew, and record stores began to call Polygram to order more copies of the song. Polygram was of course confused, but eventually got enough calls that they figured out how to track down Kurtis Blow and sign him to a record deal.   “

So far, it seemed like a brilliant idea. But how would regular shoppers get the book out of the store?

Apparently, as long as a book has a barcode printed on it with an ISBN, it will scan on most registers/tills.

To test it, Brendan snuck in a copy of his book onto a shelf in a Flagstaff store. Two hours later, his girlfriend picked up the copy, took it to the till and was able to purchase it. Click here to read the full article.

As a financial investment in the short term, it seems pretty silly giving large corporations extra money. But as a marketing idea, do you think it is worth it?

If enough self published authors snuck in their books on the shelves of major bookstores, how likely are such stores to take notice of the author? 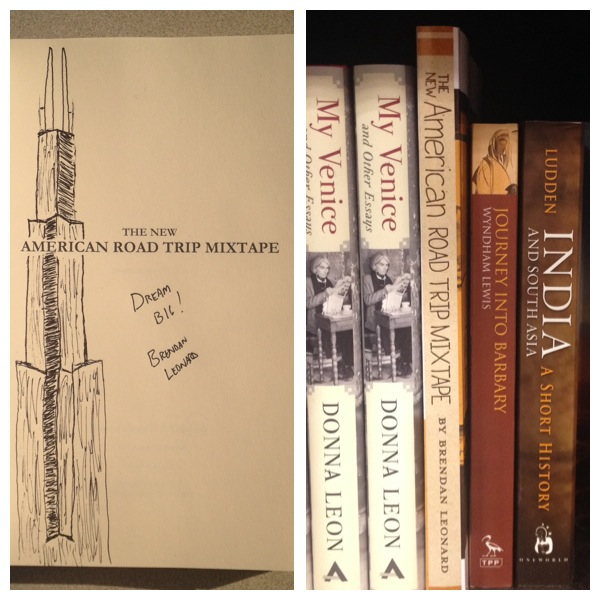 Please leave a comment below with your thoughts on reverse shoplifting. Do you think it is a suitable strategy?