For some reason, the Yoruba saying “Ako ni ogidan bi” has been playing around in my mind for a good few days now and I thought I might as well write about it and the Yoruba naming ceremony.

Before I get into it, I wanted to just put it out there that everything I do is for my daughter and to preserve our heritage. I’m Yoruba and my fiction books to date are inspired by Yoruba mythology. The other day, a reviewer wrote a review of my children’s book ‘Useless Warrior Princess’ and stating similarities to ‘Avatar: The Last Air Bender’. If you ever see any similarities to anything I write, just know that it is inspired by Yoruba culture/customs/beliefs. Yoruba customs existed aeons before the Avatar was produced.

What is Ako ni ogidan bi?

I noticed that every time I watched a Yoruba movie, whenever they wanted to announce the birth of a baby boy, the ‘announcer’ would say “Ako ni ogidan bi”. I was not familiar with the words ako and ogidan, so I decided to look into it.

One blogger wrote a post with the Yoruba names of different (mostly wild) animals and it turns out that Ogidan is actually the Yoruba name for a tiger. I was not aware of this, I am used to calling a tiger Ekun, which I believe is the more popular Yoruba name. Then the statement made sense to me, a tiger gave birth to a masculine offspring. 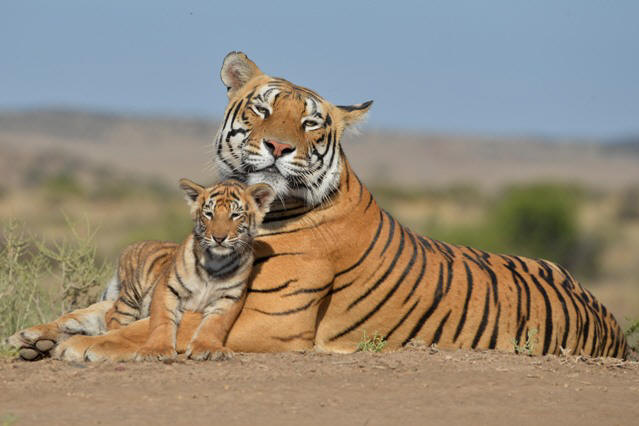 I hope after this post, anyone who ever types into Google Ako ni ogidan bi, will find this post and it would make sense to them. If you are not Yoruba or want to learn Yoruba, please use Google Translate with a pinch of salt.

In my quest to find out more about ‘ako’ and ‘ogidan’, I think this post would be complete if I wrote a bit about the Yoruba naming ceremony in general and not just share what I learnt about “ako ni ogidan bi”.

Who is a pagan?

First of all, who is a pagan and why does the word seem to mean demon worshipper?

According to uncle Google:

a person holding religious beliefs other than those of the main world religions.
“a Muslim majority had to live in close proximity to large communities of Christians and pagans”

By that definition, there’s nothing wrong with being a pagan, if anything, I think it’s a good thing. It shows (to me anyway) that you are willing to not just ‘stand’ outside the box but see that there’s no box. See what I did there? No? Nevermind.

After the wedding ceremony

After the Yoruba traditional wedding ceremony (igbeyawo) where the wife has been married with isu and oka, the prayers for childbirth begin. Sometimes even before the wedding, as the future grandparents would let the soon-to-be couple know that they are looking forward to becoming grandparents.

I used to be confused by the oka in isu and oka. I knew that isu was the Yoruba word for yam but I had no idea what oka was. My aunt was very kind to explain that it’s another name for amala. Have you noticed something about the Yoruba language? Different dialects have different names for the same thing. So if you are learning Yoruba, which dialect are you learning?

One of the prayers for the new wife would be: e bi mo, e bi Okunrin abiro, Obirin abiye. This basically means that the woman would give birth to children. She’ll give birth to boys that will live and girls that will survive. The Yorubas believe in the power of words, you breathe life into words that you say. So this prayer is indirectly a prayer to prevent stillbirths or children that die young.

The naming ceremony is held on the 8th day of birth. The Yorubas class the day of birth as the first day but if we use a normal calendar, the naming ceremony is held on the 7th day after birth. Does that make sense? OK, a child born on Sunday the 1st will be named the following Sunday (7 days later) the 8th. Apparently, the influence of Islam in Yoruba culture was responsible for the eighth-day naming ceremony. It used to be on the seventh day of birth (for females) and the ninth day of birth (for males). Twin-births, when they are male and female, are usually named on the eighth day but on the seventh or ninth day if they are same-sex twins.

It is every parent’s desire (I hope) that their child(ren) have better lives than they did and this is reflected in the symbolic items used in the Yoruba naming ceremony. Honey, kola nut, bitter kola, atare (alligator pepper), water, palm oil, sugar, sugar cane, salt, and liquor each have a place and a special meaning in the world-view of the Yoruba.

For instance, honey represents sweetness, and the prayer of the parents is that their baby’s life will be as sweet as honey.

Kola nut is to repel death, evil and sickness from the baby’s life.

Bitter kola is for longevity and the parent’s prayers for the child to have long life and live after them and not for them (the parents) to bury their child.

Alligator pepper is to bring goodness into the life of the child.

It is said that water has no enemy, so the parents pray that their child would not have any enemies in life.

Sugar and sugar cane is for there to be joy and sweetness in the baby’s life. You really cannot have too much sweetness in life I think, especially with all the bitterness in the world today.

Salt gives food taste, so the child’s life would not lack salt.

Liquor, usually a local gin, is used by some Yorubas but not all.

To be honest, I don’t see what is pagan about using these symbolisms in praying for one’s child. I mean, using them doesn’t stop you from praying according to your religious beliefs.

Yorubas put a lot of effort into finding the right name(s) for their child as we believe that a person lives out the meaning of their names. So if you give your child a name that doesn’t wish him/her well, you shouldn’t be surprised if that child’s life pans out that way.

Apart from the name that parents choose to give to their children, the names also take into account the circumstances surrounding the birth and the family the child is born into.

If a family worships any of the Orisas, the names in that family would reflect it. For instance, you would see names like Ogunjimi, Osunlaja, Fakorede.

If a family historically had a trade or traditional, then the name of a child from that family may reflect it. For instance, there would be names like Odegbemi, Oyekanmi.

Names due to birth

Twins are usually called Taye and Kehinde. It is believed that the twin born first was sent by the second twin to go into the world to see if it is sweet. Once the first twin confirms that the world is sweet, the second twin is born.

The child born after Taye and Kehinde (as long as they share the same mother) is called Idowu. The child after Idowu is called Alaba (female) or Idogbe (male).

When a child is conceived with no prior menstruation, he or she is named Ilori.

If a child is born during a festival, the child is usually called Abiodun.

If a child is born when either or both parents is on a journey, the child is called Abiona.

If a male child is born shortly after his dad or grandfather passed away, the child is called Babatunde or Babatunji or Babajide (meaning father has come again). Iyabo, Yetunde, Yejide is the name for girls born after their mothers/grandmothers passed away.

If the child is classed as an abiku (see fiction Abiku: A Battle Of Gods) then there’s quite a range of names given to the child asking the child to not die again. Abiku loosely translates to we give birth and the child dies.

No Yoruba naming ceremony is complete without the child’s oriki (pet name). Orikis are praise names that express the parent’s desires and hopes for the child. For instance Akanbi– (one who is deliberately born); Ayinde(one who is praised on arrival); Akande (one who comes or arrives in full determination); Atanda (one who is deliberately created after thorough search). For females, Aduke (one who everyone likes to take care of), Ayoke (one who people are happy to care for), Arike (one who is cared for on sight), Atinuke or Abike (one that is born to be pampered),”Anike” which come from a longer name meaning we have a crown and it is as delicate as an egg.

Each lineage has their family oriki which is added to the personal oriki. Whenever a parent wants to make their child blush, the parent simply has to recite the personal and family oriki for the child and voila, job done.

Phew, that was very long. Thanks for reading to the end. What do you think of this post about the Yoruba naming ceremony? Please leave a comment below.

7 thoughts on “There’s beauty in the Yoruba naming ceremony”