Do you ever wonder how to keep your toddlers safe in your home as they grow faster than you can update your home security measure (eg stair or kitchen door gate)? My worst nightmare as a parent is some preventable accident happening in my kitchen and home in general. My daughter inherited my love of food and our kitchen gets a lot of use from baking to cooking to butter making, the list is endless. When my daughter started crawling and loved grabbing my legs unexpectedly, I always imagined the worst things that could happen.

Parenting for me has mostly been trial and error and every now and then, when I’m not sure of something, I turn to the Oracle that is Google to find out what other parents had done in a similar situation.

When I was asked by Accident Advice Helpline Direct Limited to write 3 tips on how to keep your toddlers safe in the kitchen (and all over your home), I thought that this was my chance to pay it forward. Just like I benefited from other parent bloggers’ posts, other parents who were searching for posts on how to keep your toddlers safe and stumbled on my blog could go away with something positive they could try out in their homes too.

A lot of my parenting skills I think I got from my own mother (God bless her soul). I actually used to think she was mean when I was younger but looking back, her tough love was exactly what I needed. I remember when as a teenager I cut my finger using a Nicer Dicer chip cutter. My mom looked at me and walked away irritated. What did she throw at me as a comment? “Next time you will pay better attention to what you are doing”. She was right though! After that incident, I paid a lot more attention to what I was doing and 20 years later, I have not had a single nick on any of my fingers (I hope this post hasn’t jinxed it now?).

When my sister was younger, I vividly remember my mom telling her to stop playing with our freestanding fan but no matter how much my mom nagged, my sister eventually ended up cutting her fingers in it.

As a parent, I now realise that whilst you desire you protect your child to the best of your ability (read that as wrap them up in padded clothes in a padded room with TV that’s built into the wall and the screen has transparent padding), children will be children and accidents will happen.

Think of this as a type of vaccination. Let me explain this  . . .  you see, in the bathroom of our previous house, we had heated towel rails. The towel rails were at best lukewarm. They were just warm enough to keep your towels dry and perfect after a shower on a cold day in London. My little human at the time was a little over a year old and was (and is actually) quite tall for her age. She had just mastered the art of walking and loved following me all over the house, especially whenever I went into the bathroom. Several times I told her to not touch the towel rails because it was hot and would likely hurt her little fingers.

Looking back, I realise now that my 1yo did not understand what hot was/is.

Anyhoos, one day whilst I was brushing my teeth, my little human came up behind me and either intentionally or unintentionally touched the towel rail. My little human is actually quite a strong little girl in terms of her pain threshold. How I knew she was behind me and something was wrong was when I heard OUCH! and her hand hitting the back of my leg as she withdrew it from the source of the pain.

I will admit to laughing a little bit (well a lot but only in my head) before I squatted next to my bundle of joy and held her and checked her hands out. Then I said “that’s the reason I tell you not to touch the towel rail! It is hot and it will hurt you”. “Did it hurt you” I asked next and my little human nodded yes, so I added “next you won’t touch it”

The next time we were in the bathroom, I asked my little human “do you want to touch the towel rail?” A big resounding NO! was the reply.

After that incident in the bathroom, my little human knew that there was something called HOT and when you touch something hot, it HURTS!

We (meaning I) do a lot of baking and my daughter (like I assume most other children) isn’t patient enough to wait for the goodies to be dished out. I found myself saying, quite a lot, don’t touch the oven.

Depending on what I’m baking or grilling, I tend to turn the oven on for a few minutes before I am ready to use it. This way, whenever whatever I wanted to bake/grill is ready to go in the oven, it doesn’t have to stay in the oven excessively as the oven was already warm and the cooking process could start straight away.

My biggest fear had always been that one day, whilst I was cooking and I needed to use the loo or something else came up that needed me to leave the kitchen temporarily, my little human would go into the kitchen in that second and seriously hurt herself.

After touching the door to our oven to make sure that it was safe to touch, I told my daughter to go ahead and touch it, which she did. I asked her “is it hot?” (Obviously, a toddler’s interpretation of hot is totally different to that of an adult) and she nodded affirmatively. So I reminded her that that is the reason I tell her not to touch the oven. I explained that the oven could get much hotter than that and if she touches it when it is hot, it will hurt her! So my next question was “do you want to touch the oven?” and I got a resounding NO!

One thing being a parent has thought me is that everything you do, everywhere you go, you are constantly asking yourself how that thing/place would affect your child and whilst you may not realise it, you are actually carrying out risk assessments. When I hired our nanny, that was when I realised that I had been risk-assessing the things I did in my kitchen for a while.

When our nanny started, here are some of the things I told her were a part of my specific routines and I needed her to follow when in the kitchen:

Remember the saying Keep out of sight and reach of children!

4 Use Important Words and have no-go areas

When my daughter was about 18 months, I noticed that she had developed my love for monsters in ghouls in cartoons. In fact, one of her favourite storybooks is Monsters’ Inc. There was a phase when she didn’t want to brush her teeth so I said to her that if she didn’t brush her teeth, monsters would stay in her mouth and build houses and her mouth would smell, her teeth would fall off and no one would want to talk to her. So I asked, “do you want monsters to live in your mouth?” the reply? NO! Can we brush your teeth? YES!

Monsters is our important word.

My parenting style (thanks mother dearest, God bless your soul and may you rest in peace) is allowing my child make her choice whilst understanding that each choice we make has consequences. My job as the parent is to let her know what the consequences of any choice she makes is. Her job is to decide whether or not she can deal with the consequences of those choices.

Only under really dangerous situations do I make choices for her. For instance, my little human is not allowed to touch my laptop charger. When she was much younger and liked putting things in her mouth, I turned for a second to see her about to put the charger in her mouth. Since then, my laptop charger has been a no-go area. Completely banned! Touching it is like asking to go to bed at noon (my daughter hates sleeping during the day). In fact, not just my charger has been banned, in our living room, the area where the TV, set-top box, internet router etc etc are, that’s like the Bermuda triangle, it’s a NO-GO area.

In the kitchen, under the sink is another no-go area. My little human doesn’t really go there as we don’t use it on a daily basis, so I guess it holds no fascination to her. When she was much younger, there was a time when she wanted to play around it but I firmly stated using my strict mummy voice DON’T TOUCH IT! I don’t use that voice very often, so I think she got the message.

One thing I hope you noticed about everything I have said so far is that I communicated with my child. I explained why I don’t want her to do certain things and what would happen if said things are done. As human beings, we seem to always want to do what we are told to not do. I rarely say no don’t do that. When my daughter is about to do something I don’t want her to do, I ask a question. “do you want to hurt yourself?”, “do you want to fall down“, “do you want monsters to grow in your mouth?” Do you get where I’m going?

I believe that asking your children questions help them think about what they are about to do and what the consequences of that action would be.

There you have it, I know I said 3 tips but who’s counting eh?! What are your tips for keeping your children safe in your kitchen and all over your home? Please leave a comment below 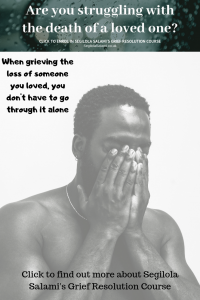 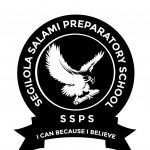